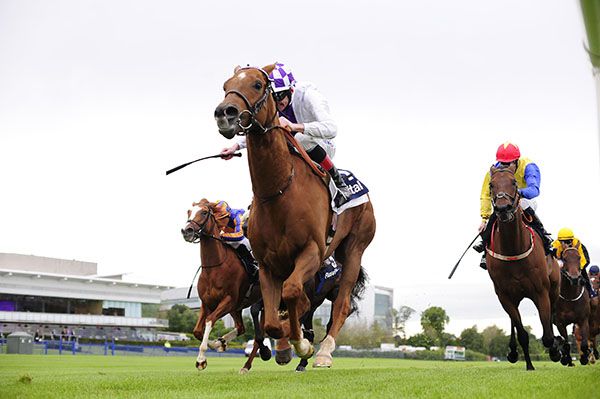 Flight Risk claimed a second victory in the Plusvital Ballycorus Stakes at Leopardstown.

It is two years since Jim Bolger's eight-year-old won this Group Three prize, but he returned in fine form following an impressive triumph in the Listed Glencairn Stakes at this venue a week ago.

The well-backed 10/11 favourite quickened up smartly to grab the lead inside the last of seven furlongs under Kevin Manning and was good value for the winning margin of a length and a quarter.

There was just a nose between Inverleigh and the admirable Gordon Lord Byron in second and third respectively.

Bolger said: “He has had an easy couple of years, so he has to go to work now and could run in the Minstrel Stakes (Curragh, July 20) next.

“He retains his enthusiasm, plus an extra bit and has really come right this year.

“He has had soundness issues and for the first five years of his career he was always on soft (ground), now he doesn’t seem to mind.”