Force ends the day on the right note for Gigginstown 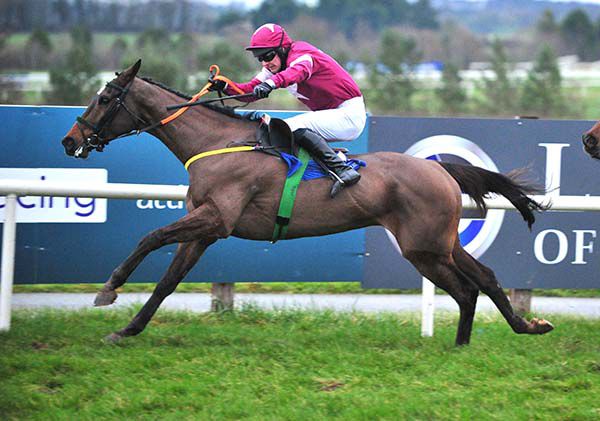 Following on from their Grade One success at Leopardstown earlier with Delta Work Gigginstown House Stud rounded off the day on the right note with Active Force triumphing in the Irish Field INH Flat Race for Noel Meade and Mark O'Hare at Limerick.

Backed from 11/4 into 15/8 favourite, the victorious Oscar gelding, a point-to-point winner in his time with Denis Murphy, made the pace in this two and a quarter miler and he was still going well in the straight.

He asserted approaching the final furlong before holding Latest Exhibition (20s into 16s) and Fiddlerontheroof (10s out to 12s) by half a length and the same.

Faugheen's half-brother Osmotic (5s into 9/2), owned like the winner by Gigginstown House Stud, ended up ten lengths back in fourth.

"He just felt sharper and Noel was happier with him today and said to keep it simple. He is a point to point horse and knows his job and I just sit and steer. He was fit and well and it is job done," remarked O'Hare in the aftermath.