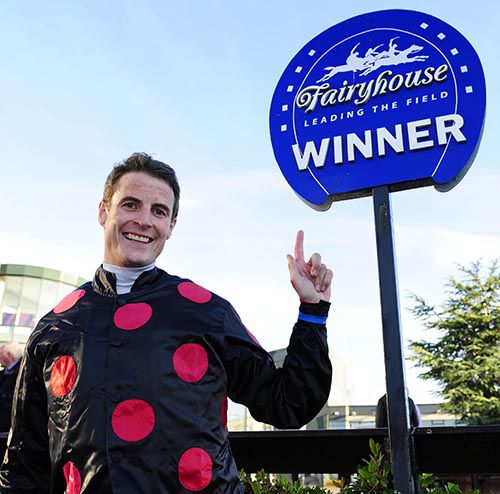 Flat jockey Fran Berry has retired from the saddle with immediate effect.

The 38-year-old suffered spinal injuries in a fall at Wolverhampton in January - and after consultation with his surgeon, he has been advised to quit race-riding.

Having ridden for 23 years, Berry will pursue other ventures - including media work.

He will continue to write a blog for www.sportinglife.com, to whom he said: "For the past 23 years, I have got to live out my childhood dream of being a jockey.

"But following recent scans and discussions with my medical team headed by my surgeon Dr Mike Foy, as well as Dr Jerry Hill, I have to accept that the dream is now over and that due to the injuries sustained in Wolverhampton on January 29th, I will not be able to make a return to race-riding.

"While this news is heartbreaking on one level, I am fully aware how lucky I am.

"Riding has been a fantastic adventure for me, and I am very grateful for the way it allowed my family and me to experience the world and gain many friends over that time.”

Berry rode a Cheltenham Festival winner at 18 on the Christy Roche-trained Khayrawani in the Coral Cup — owned by JP McManus, for whom his father Frank is racing manager.

He later switched to the Flat and was understudy to Mick Kinane at John Oxx’s yard.

Big wins included a Group One success on Pathfork for Jessica Harrington in the 2010 National Stakes, and he also enjoyed successful spells in Japan.

In 2016 he moved to Britain to ride as stable jockey for Ralph Beckett before going freelance and striking up a good partnership with David Menuisier’s Thundering Blue.