Gardens has no answer to Morando in Ormonde Stakes 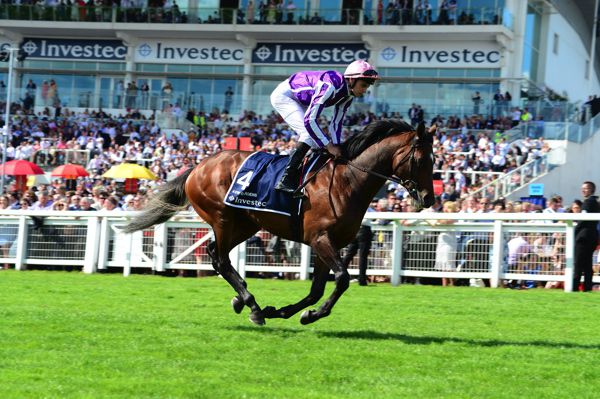 Morando relished stepping up in trip as he beat St Leger winner Kew Gardens in the Boodles Diamond Ormonde Stakes at Chester.

Having dead-heated with Young Rascal on his first run over a mile and a half last season, the Andrew Balding-trained runner tackled an extra furlong and a half in soft ground.

Silvestre de Sousa was not going to be left wondering about the trip, though, and having sat in third as Warnaq and Cypress Creek set a very stiff gallop, he kicked into a clear advantage with just over two furlongs to run.

That move caught the others napping, and Ryan Moore had to come around the outside from the rear on the odds-on favourite.

It soon became clear Morando was not stopping and Kew Gardens had all on to prevent Magic Circle, last year’s Chester Cup winner, from claiming second.

The winner has several options and the Ormonde is a qualifying race for the Weatherbys Hamilton Stayers’ Million, won last year by Stradivarius.

Balding said: “He loves the ground, which is key to him. We didn’t particularly expect to beat the favourite, but he just relished the conditions and runs well fresh.

“He was new to me last year and we ran him on ground too fast for him twice and then we got the ground right. He found his feet and he stays well, which is the one thing we discovered and that has opened up some options.

“The Hardwicke is probably the obvious target, but we will be lucky to get the ground at Ascot, so we will talk to the owners and see what they want to do.

“There will be some options on the continent, maybe the Grand Prix de Deauville or something like that.”

Aidan O’Brien said of Kew Gardens: “We were very happy with his run and he was just ready to start. Soft ground is not his thing.

“They went a good gallop so it was a proper-run race and the winner is a good horse. It was just a case of getting a run into him to get him started, then if he is well we will think very hard about that (Coronation Cup).

“You would be very happy with the run. He is a good ground horse and it has been a long time since he ran. He relaxed lovely and handled the track lovely."