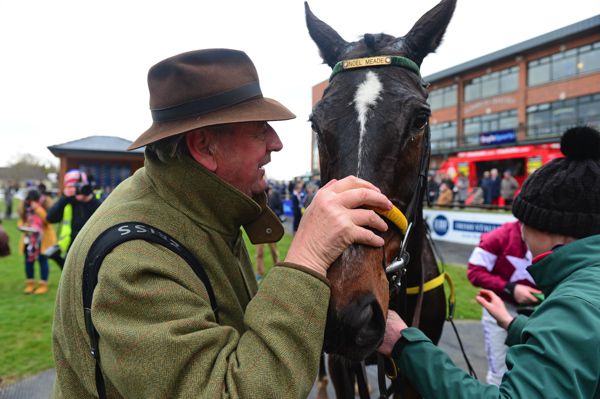 Noel Meade was full of praise of Getaway Kid as he made a winning debut over fences in the beginners' chase at Down Royal.

Noel Meade said: "He has been super schooling, we haven't schooled a horse with as much scope as him for a long time. It just gave him another little bit of a gear gear which he maybe didn't have over hurdles.

"He was always a very backward horse, he'll probably improve a little bit. He may go back over hurdles, he is rated 113 and he hasn't won a maiden but has been second a good few times. We'll go back and a look at that."