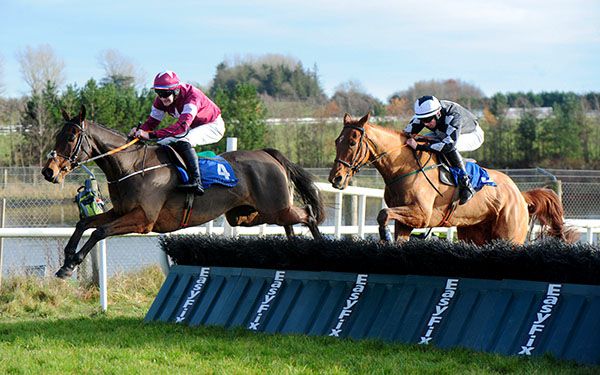 Fourth is the second-best finishing position in an unplaced horses' maiden hurdle and Punitive's previous fourth-placing, when beaten 20L by the third horse, in the same category race at Wexford in October qualified him to again compete in today's unplaced maiden.

Today jockey Holden was seen to good effect as he steered the son of Shantou, a E88,000 2017 Derby Sale purchase, to a battling head win over Moscowsowhat

De Bromhead wasn't present and afterwards Holden stated “he was behind the bridle the whole way around and you wouldn't know what you had under you because he'd never show you anything.

“As soon as he turned in he came alive and I was fairly confident but didn't think it would be so close. That is a big improvement for him looking at his previous runs and you'd have to be delighted with that.”