Gordon Bennett a friend to punters with smooth Curragh success 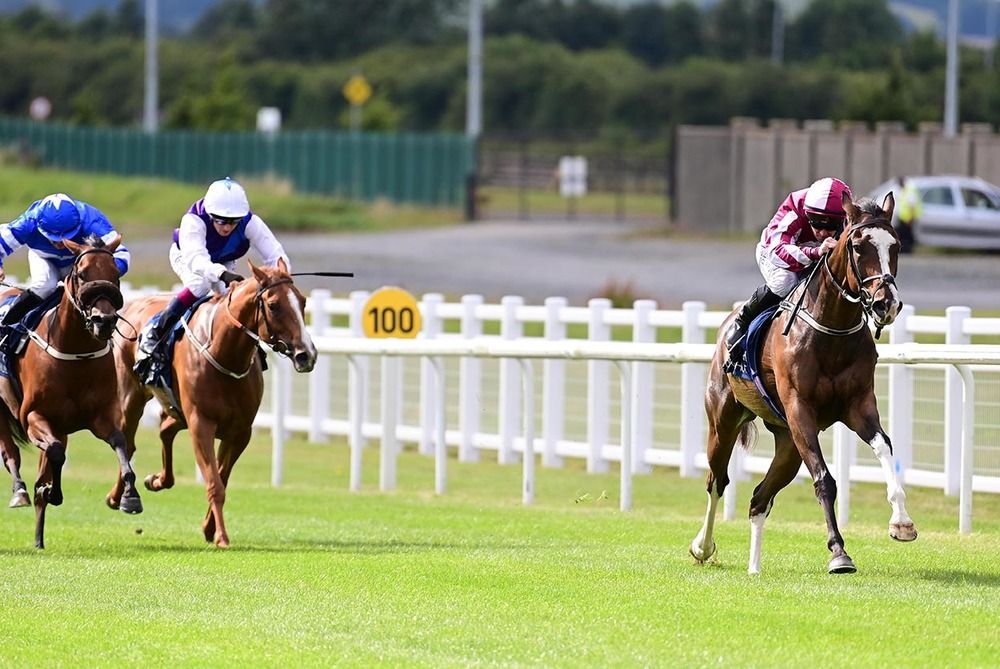 Gordon Bennett looked a little skinny at 7-4 prior to the off but proved favourite backers correct with a facile win in the Donohue Marquees Handicap at the Curragh.

Despite scoring at Naas on his most recent start, the Dick Brabazon trained four-year-old, looked to have plenty to do here in a competitive spring handicap. However, those that backed him from bigger prices into 7-4 never had an anxious moment as he travelled easily throughout under Gary Carroll.

Held up towards rear in the early stages, Carroll gradually smuggled his mount into contention, arriving with a well timed run on the favoured stands side.

As soon as the rider asked for more, the Prince Of Lir gelding quickened up impressively to score with plenty in hand.

Although likely to get a fair hike for this performance, Gordon Bennett looks a progressive sprinter who could have more to offer when upped in class.

Dick Brabazon, “That was impressive. Gary shouldn’t be winning handicaps that far - what the hell was he thinking about!

“I had it in the back of my mind, I didn’t want to say it, that if he won we’d be aiming for the Bold Lad.

“We’ll have to have a go at it as he’ll more than likely get in at the weights now. The handicapper will have a say after this.

“He’s won two races and we’ll have a crack at the big one and see.

“He’s improving. He’s learning and all the silly things he’s done in his younger days he’s getting out of now. I suppose we are learning the tricks.

“He’s quirky but you would put up with that when they are able to race. It is a big help running here being so close to the track.”

Alpinista gunning for fifth top-level success in a row

Sir Mark Prescott’s Alpinista will attempt to win her fifth Group One in a row in York’s Darley Yorkshire Oaks on August 18.

The Curragh had a great value bundle on offer for online customers for last Saturday’s Group One Keeneland Phoenix Stakes card. For €25 you gained admission, got a race card, a BBQ Burger and a €10 bet with the bookies.

Racegoers west of the Shannon have been well catered for in recent weeks and Ballinrobe hosts a seven-race National Hunt card this evening with the action getting underway at 5.25pm.

Ground conditions at Leopardstown will be a key factor in deciding whether Irish 1,000 Guineas heroine Homeless Songs will return to action in the Coolmore America “Justify” Matron Stakes next month.