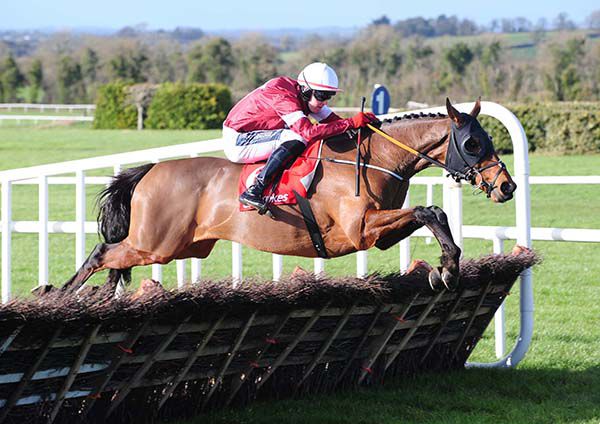 Today the nine year old was having his first hurdles outing since pulling up at Punchestown in April 2016 and, over 2m5f, was also tackling recent Ladbroke Hurdle winner Off You Go and Willie Mullins' smart chaser Bachasson

Six-footer Donoghue rides Tiger Roll when able to make the weight and must have been as surprised as anyone to see the gelding pull him to the front before the second last flight, with the pair in the end scooting clear to beat Off You Go by four lengths.

The win was Tiger Roll's tenth career success and Elliott later said “that's brilliant, I'm delighted with the way he ran. He's a great horse and he never lets us down.

“The plan is the cross-country race at Cheltenham and obviously the English National all being well.

“That's arguably one of his best performances over hurdles.

“I thought he would need the run badly, and we knew there was plenty of improvement in him, but he was obviously a bit fitter than I thought. Keith said he would come on from the run.

“He's going to be some horse to go for the cross-country race now and he should taking a fair bit of beating with a clear round.”