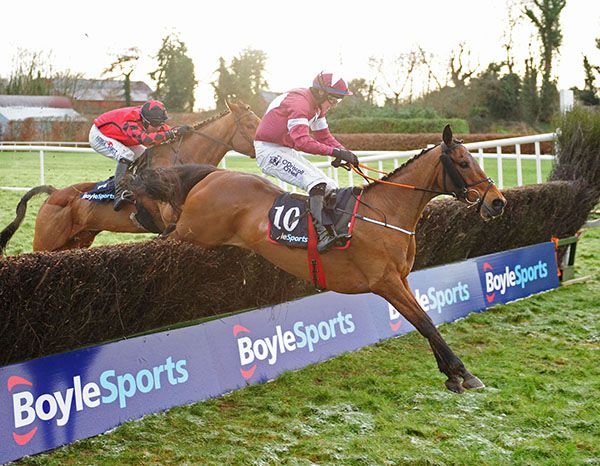 Race sponsors BoyleSports are to offer free entry to the BoyleSports Irish Grand National at Fairyhouse on Easter Monday, April 22, to the winner of the €100,000 BoyleSports Grand National Trial Handicap Chase at Punchestown on Sunday, February 10. Entries for the race close this Wednesday, January 23.

Last year, the Grand National Trial was won by Folsom Blue, owned by the Core Partnership, whose members include broadcaster Gary O’Brien. On his next start, Folsom Blue finished a close fourth in the Irish Grand National at Fairyhouse.

The Grand National Trial at Punchestown will be run over an extended three and a half miles and has a total prize fund of €100,000.

The €500,000 Irish Grand National at Fairyhouse is Ireland’s richest National Hunt race. The highlight of the season, it is run over a distance of three miles five furlongs.