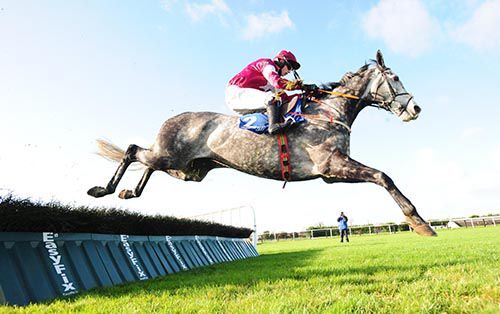 Hannon and Avenir D'Une Vie both bring a touch of class to the Plus2Print Remembering Tony Oakes MBE Hurdle at Downpatrick.

The Gigginstown House Stud-owned and Henry De Bromhead-trained nine-year-old was a smart bumper performer and looked to have a very bright future when winning his maiden hurdle in November 2016 - yet he has added just once chase success in 13 subsequent starts.

He did finish a good second in a handicap hurdle at Kilbeggan last month and arrives here with solid claims - alongside Hannon and 126-rated Lethal Steps on slightly disadvantageous weight terms.

John McConnell’s Hannon was beaten a nose in a Grade Two Hurdle at Naas last February, and should have gained fitness from his reappearance run on the Flat at Bellewstown recently — while Lethal Steps was himself third over hurdles at the same track and is another with prospects in a useful contest.

McConnell may be in business with Construct half-an-hour later, in the Tony Patterson Sports (C&G) Maiden Hurdle.

The four-year-old is useful on the Flat and makes his hurdles debut here.

His Flat rating climbed to 81 at Bellewstown recently — and while he lacks hurdle experience, he did stay well on the level and is sure to be well-schooled by the in-form yard.