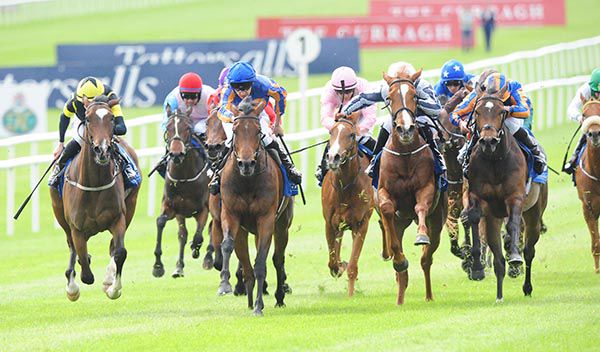 Foley held Albigna up in mid-division for much of the race but the pair made swift progress from two furlongs out to eventually stay on well late-on and pass leader Tango close home for a head win.

Afterwards Harrington said “she got a little bit warm at the start but really has behaved beautifully and was very relaxed. Shane said it just took her a while to realise what she was doing but she came between the two horses and put her head down. He gave her two slaps and that was all.

“We’ve always liked her and thought she could run very well but wasn’t sure if she could win this evening. She’s a lovely filly, and will have learned plenty in behind.

“She’s going to be better when she goes over seven furlongs. We just wanted to get this race out of the way first and haven’t made any plans.”

Albigna was introduced at 20/1 with Betfair for the Albany Stakes at Royal Ascot.