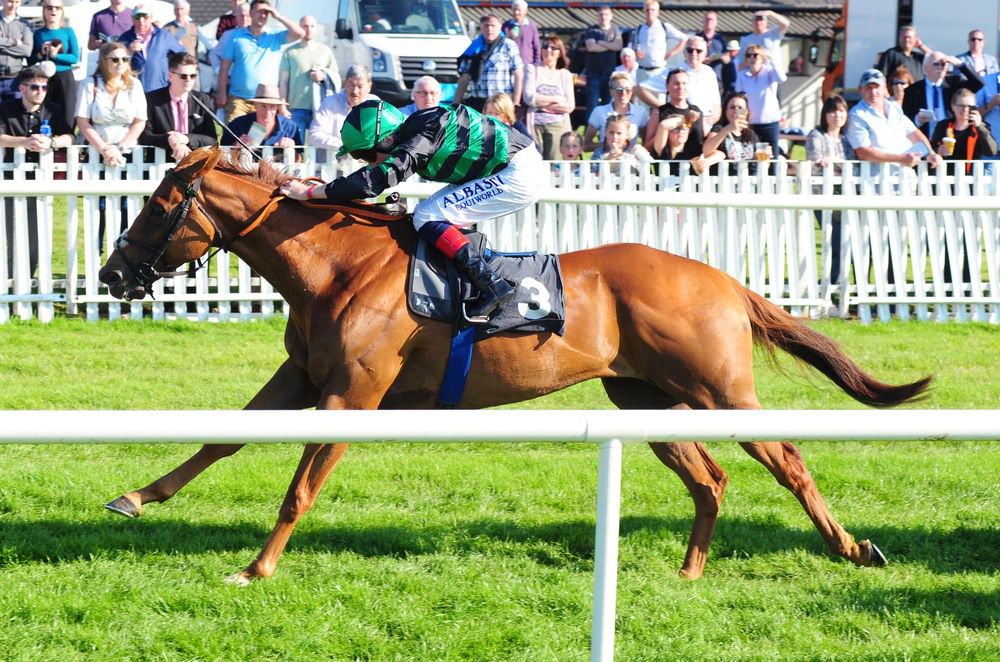 Chris Hayes completed a double at Bellewstown today as he steered the Damian English trained Mokhalad to a third win of the year in the Drogheda Traders Handicap.

Mokhalad won two races at Naas in April and today bagged his fifth career success when beating Emphatic by two and a quarter lengths, with the winner's stablemate Geological which made the running, filling third spot.

Afterwards English said “there is not too much between them at home. When they work on the beach the slower the sand they work on the further Mokhalad wins and on quicker sand Geo (Geological) would win.

“Chris Hayes gave him an absolute peach. I said Geo is going to make it and if they take him on you’re going to come along and pick up the pieces. Talk about balls of steel, to drop him out that far and come with one rattle. It makes up for Twenty Minutes being beaten on the Curragh last weekend.

“He’ll go straight to Galway now. We were going to go for one of the little seven-furlong handicaps but that might sneak him in now to the big race on the Sunday.

“He’s in the form of his life and it doesn’t matter about ground or trip — once he’s in good form he’s going to run his heart out. He was third there last year so you never know.”