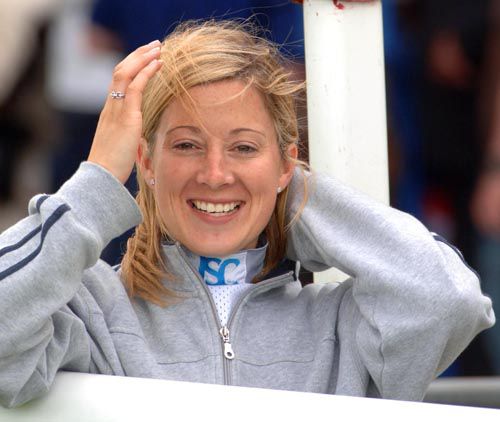 Group One-winning jockey Hayley Turner is among those taking part in the inaugural running of the Microsoft Cup at Leopardstown on Friday.

With a total prize fund of 50,000 euros up for grabs, the mile-and-a-half contest is the most valuable ladies race ever to be run in Europe.

Turner partners last-time-out Naas winner and top-weight Arthurian Flame and trainer Joseph O’Brien is delighted to have secured her services.

He said: “The Microsoft Cup is a great initiative and I’m delighted to have got Hayley Turner for Arthurian Flame.

“It’s a great opportunity for lady riders to ride at one of Ireland’s premier racecourses and for such a big pot.

“The horse is in good form since Naas. The Blackrock Racing Syndicate (owners) are an enthusiastic bunch of lads and they’re very much looking forward to having Hayley Turner on the horse. It should be a great evening.”

A field of 12 runners have been declared, with jockeys from Ireland, England and France all set to go to post.

Denis Hogan has booked leading French jockey Mickaelle Michel for his runner Kerosin, while Megan Nicholls — the daughter of Britain’s 11-times champion jumps trainer Paul Nicholls — will be on board the Gavin Cromwell-trainer Ciao.

Jessica Harrington is a big supporter of this Ladies Evening at Leopardstown in aid of Breast Cancer Awareness Ireland, and the trainer has booked point-to-point rider Sheila Ahern for her charge, Bit Of Banter.

“I think this evening has grown from strength to strength in a short space of time and the Microsoft Cup is the latest addition,” said Harrington.

“Sheila has never ridden for me before,but she will be great value for 7lb in a race like this and I’m looking forward to running Bit Of Banter.

“It’s not only a great idea to have a race like this, but it is a fabulous prize too and hopefully, Bit Of Banter can run a nice race.”

Aidan O’Brien is responsible for three of the 11 unraced juveniles declared for the opening Irish Stallion Farms Maiden.