Heffernan and O'Brien double up with Life 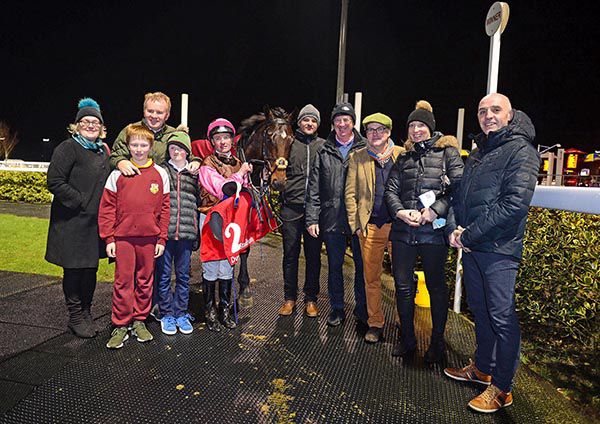 Seamie Heffernan recorded a quick double for Joseph O'Brien at Dundalk tonight when producing The Game Of Life late on to land the mile handicap on the card.

The lightly raced Oasis Dream gelding was making it two from three at the course having won his maiden on debut, in December, before finishing runner-up to Ahlan Bil Zain here last month.

Heffernan restrained his mount in mid-division before asking him for an effort passing the two furlong pole.

The 13/8 favourite started to take closer order passing the furlong pole and chased down Sevenleft in the closing stages to get up for a three-parts-of-a-length win.

Heffernan said: “He’s a nice horse and a bit of inexperience caught him out the last night. When you get into him in the last furlong he opens up and puts his head down.

“He’s still learning and is getting used to going up Owning Hill so he doesn’t back out at the business end. He has a good attitude and might be a little bit better than a Dundalk horse.”