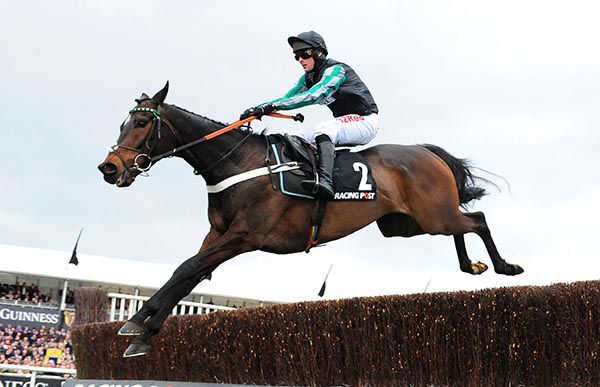 Nicky Henderson has confirmed Altior will line up for the Unibet Desert Orchid Chase at Kempton on Thursday.

The Seven Barrows trainer is happy to let the eight-year-old bid to stretch his perfect record over jumps to 16 in the Grade Two contest, having last been seen in the Tingle Creek Chase at Sandown on December 8th.

Henderson admitted he had contemplated running the Queen Mother Champion Chase hero in the 32Red King George VI Chase, but felt three miles might be a step too soon after what was a demanding seasonal debut.

"As well as our runners on Boxing Day we’ll have plenty on the 27th, including Altior who will definitely take his chance in the Unibet Desert Orchid Chase at Kempton," Henderson said in his Unibet blog.

"We considered the King George, but that is over three mile and I didn’t want to run him over that distance so soon after the Tingle Creek, but two miles and 18 days later is absolutely fine and he has come out of Sandown in great form, so we might as well get him out again."