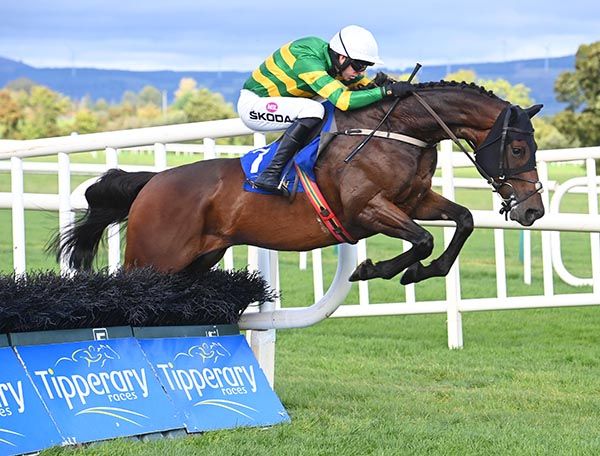 Willie Mullins' French import didn't cut much ice on his Irish debut when eighth at Leopardstown over Christmas, but it was a whole different story today with a tongue-tie added to the hood.

Mark Walsh made all on the five-year-old gelding who held a useful cushion on the field approaching two out. He breezed clear between the final two flights and, although not fully fluent at the last, won as he pleased by a whopping 16 lengths.

He was backed down from 10/11f to 8/15f on the off and finished in a completely different parish to runner-up Ferdinand Star (9/1). From The Ashes (7/4) was another half a length back in third.

Walsh said: "It was a weak race. He is a forward-going horse and so we made the running and nothing really came to me. There is an engine there - he was very free last year, but is starting to settle now and is growing up with every run.

"We'll see where we go and see how the race works out, but he'll learn from that. We could have a grand horse on our hands."

Hercule Du Seuil had one race in his native country when beaten a short head in a conditions hurdle at Strasbourg in October 2020.