In A Pinch back with a bang in Tramore 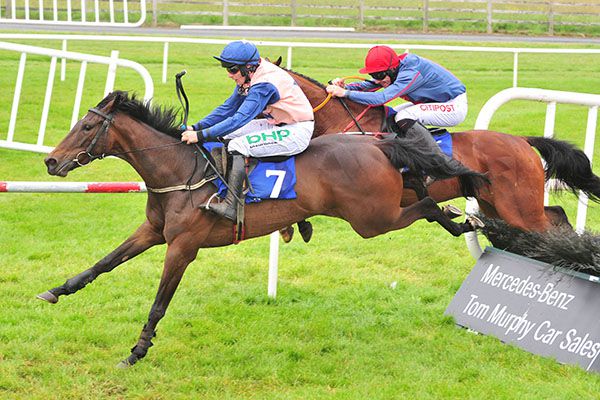 Champion jockey Paul Townend enjoyed a 10/1 success on In A Pinch who made light of an absence of almost a year in the Knockenduff Stud Handicap Hurdle at Tramore.

Shay Slevin's mare landed in the lead over the last and scooted home by three lengths.

The horse she outgunned on the run-in was 11/4 favourite Ourauldman Cusp Of Carabelli was a further length and a quarter back in third at 9/2.

Shay Slevin said: "That was grand, she is an easy mare to train. Paul gave her a grand ride and everything worked out.

"I thought it might be a bit sharp for her around here but she handled it well. She is only a small mare and she'll probably go for a similar type of race now, we'll see what the handicapper does."