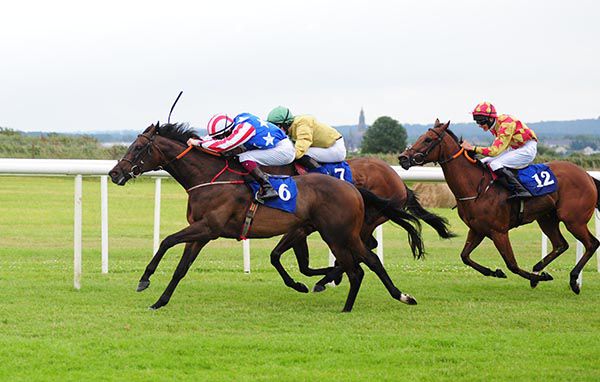 Fresh from a double at Limerick yesterday Nathan Crosse maintained his excellent form aboard Procurator in the Supervalu’s Roscommon Apprentice Handicap at Roscommon.

Crosse won on Dragons Call for John Feane, and on Dinard Rose for Noel Meade, at Greenmount Park.

Here the Tipperary youngster was on Procurator for Premier County trainer Thomond O’Mara.

“He was in hard luck the last day at Limerick and was not winning out of turn," said O'Mara.

"That’s probably the way to ride him, coming late, and the jockey did well.”

The Stewards received a report from Ms. Coleen Murphy, Irish Horseracing Regulatory Board Clerk of the Scales, regarding the fact that S.P. Bird, rider of Building Year had weighed in at 1.1 lbs overweight. Evidence was heard from the rider concerned, who accepted that this was the case. Having considered the evidence, the Stewards were satisfied that S.P. Bird was in breach of Rule 231 and having considered his record, they cautioned him on this occasion.

J.P. Shinnick, rider of Beau Rocko trained by Adrian McGuinness, reported to the Stewards' Secretaries that his saddle slipped early in this race.