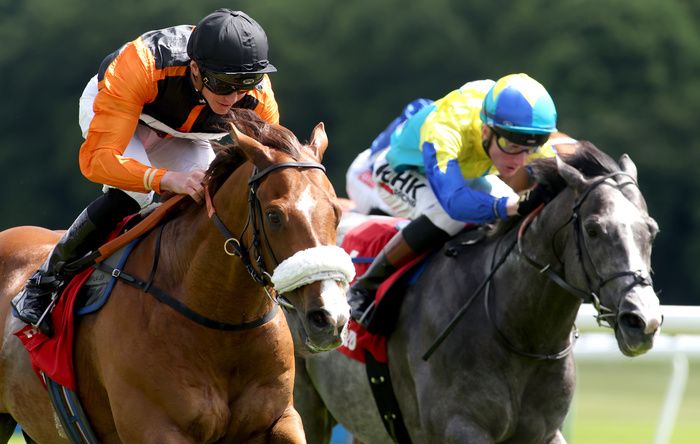 The Mick Appleby-trained speedster has won seven of his last nine outings and made the leap out of handicap company with aplomb at Haydock when scoring in the Listed Achilles Stakes.

The five-year-old now looks to continue climbing the ladder in this five-furlong event and Chris Dixon of owners The Horse Watchers is full of praise for not only their candidate, but jockey James Doyle, who is Raasel’s regular pilot and will be aboard once again at the Esher track this weekend.

He said: “You couldn’t say now that when we bought him we expected what we have got, but we hoped we did. I did say before his last run that we are not that surprised he’s how good he is because he has always shown a lot.

“He is just absolutely rapid. He is very, very fast and to be honest he’s five now, so he should be hitting his pomp. It’s exciting to see how good he is.

“James Doyle is the perfect jockey for him, as a rider he just is everything this horse needs. York is the only time he has been beaten on him and he was just on the wrong side to the winner, but he still ran very well. He’s an excellent rider and suits him very well.”

Disputing favouritism with Raasel is Roger Varian’s Mitbaahy, who won the Listed Scurry Stakes over track and trip last month and now looks for a hat-trick having also landed a conditions event at Hamilton on his penultimate start.

The Newmarket trainer is under no illusion that the progressive three-year-old will have to improve again to scoop Group honours for the first time, but is hopeful of another bold showing.

“He’s progressing and is a course-and-distance winner. It will probably require a career best to win, but hopefully he has a nice upward profile and hopefully he can post a personal best and that will be enough to bring home a prize. He’s in good form and we’re expecting another bold run.”

Elsewhere on the card, the unbeaten Heredia attempts to make it five out of five when she runs in Coral Distaff.

Richard Hannon’s three-year-old was a ready winner of the Sandringham Stakes on her first try at a mile during Royal Ascot and her trainer is hoping to get some black type under her belt before targeting Group races later in the season.

He said: “If we can bank this Listed race, then we can start shooting at stars a little bit. She has won her first four races, including a 28-runner Royal Ascot handicap, and it takes a good horse to do that.

“Listed races aren’t easy, but off her rating she would be a strong favourite and it is hard to pass up an opportunity like that. If she is going to continue improving through the year — as I think she will — we will be better off delaying that Group One for a while.”

Amongst those taking on Heredia are John and Thady Gosden’s Grande Dame, who should find this much easier than her Coronation Stakes assignment at the Royal meeting, and the George Boughey-trained Oscula, who was a leading two-year-old last season and got her head in front in good fashion when landing the Eternal Stakes at Carlisle only 10 days ago.