Into graded company and it’s silky smooth from Davids 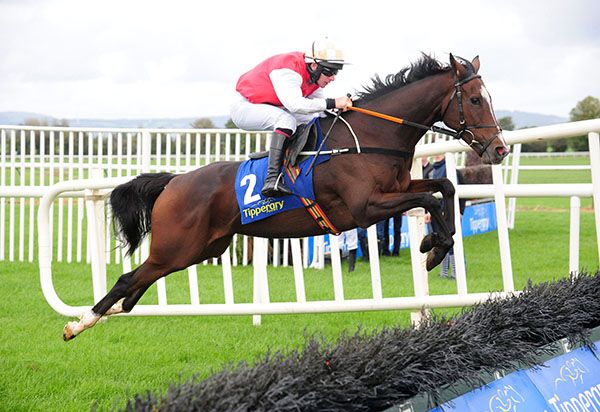 Out of handicap company he may have been, but you’d never know it such was the ease with which Davids Charm justified 6/4 favouritism in the Grade Three Horse And Jockey Hotel Hurdle at Tipperary. Petit Mouchoir and Ballyoisin went off lightening fast and were soon well clear of their rivals in this six horse field.

Ballyoisin weakened alarmingly from before the fourth last and Petit Mouchoir had no more to give into the straight.

"Philip Enright gave him a great ride. He said it was like a bit of work for him," said Walsh.

"They went hard up front and Philip was happy to sit off it and let him ease into the race. He had no hard race, and provided he has come out of it okay, he will go for the Cesarewitch next Sunday.

"He’s been some horse for us. Before today he had about €230,000 won between everything and another almost 40 grand today.”

The Irish Horseracing Regulatory Board Veterinary Officer examined Ballyoisin, trained by E. Bolger, at the request of the Stewards and reported the animal to be post race normal. Samples were taken for further analysis.