Jockey Flanagan bows out with a winner 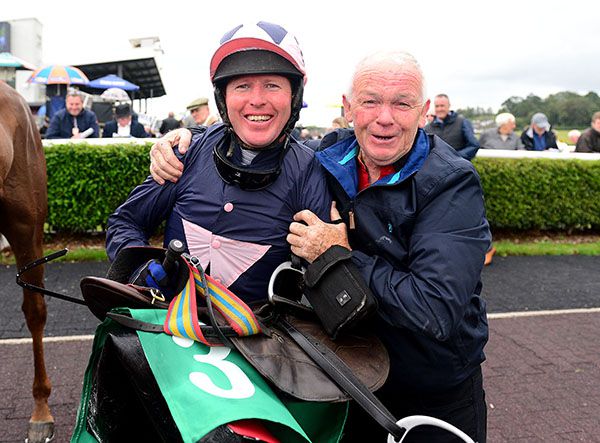 The nicely backed 9/2 shot made virtually all and readily asserted before the last to put four and a quarter lengths on the staying-on Musical Ava (6/1). Accordion Twilight (9/1) was another three and three quarter lengths away in third.

Mark Flanagan said: "I was waiting for that winner to happen and I've retired now.

"I'll take a good leaf off the boss (Gerry Keane) and see how the training is done.

"I'll stay working for Gerry - he's been very good to me and is a good friend as well as a boss. Small steps first!"

Trainer Gerry Keane said: "The ground was probably a bit lively for him in Sligo. I'd say it was (also) more competitive than we thought it was.

"He likes to run handy. He had been disappointing over hurdles the last couple of years and that is why he is well handicapped over hurdles compared to fences. I think he is a better horse over fences.

"I thought the two mile three might catch him out but it didn't and he won very well in the end. He won here over two mile five and has never won over two miles since.

"That's six I think he has won on the track now.

"There are a couple of chases coming up for him, there is one in Killarney. He'll mix it anyway."

And on Flanagan, he added: "He's been with me part-time this 20 years. He signed on with me on the Flat as an apprentice and he went to Michael Cunningham and Noel Meade over the years and then he came back to us.

"We do a lot of pre-training and breaking more so than training. He helps with breaking all the yearlings, he has done that for the last few years.

"He's heading for the 40 mark so it is probably time!"