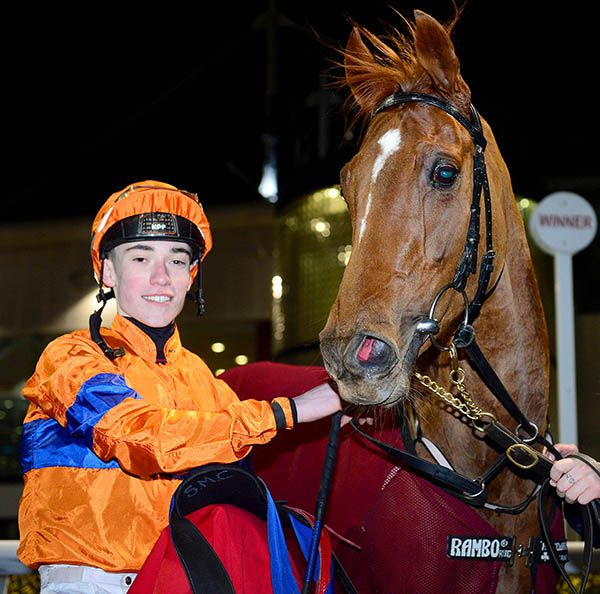 Trainer Joseph O'Brien completed a treble at Dundalk today as his Altair made a taking winning debut in the Irish Stallion Farms EBF (Fillies) Maiden, scoring under jockey Shane Crosse.

The daughter of Australia, bred by the O'Brien family's Whisperview Trading Ltd, missed the break and was last and under pressure with two furlongs to race. However Altair quickened impressively inside the final furlong and in the end moved past Paris Duvet close home, for a half length success.

Crosse currently leads the All-Weather Jockeys' Championship with this his 10th winner, three clear of nearest pursuer Declan McDonogh, and following the race said “it took her a while to get into the race and she ran a bit green in the first half but once the penny dropped and I got a bit of a run she came home well.

“There is not a whole pile of her but she has a really good attitude and that was half the battle today.

“They went a good gallop and I was struggling to keep tabs with the main bunch of the field but once I got a crack into her she was really good.”

O'Brien's earlier winners were with the Seamie Heffernan partnered Stronghold and Colfer Me for jockey Shane Foley.