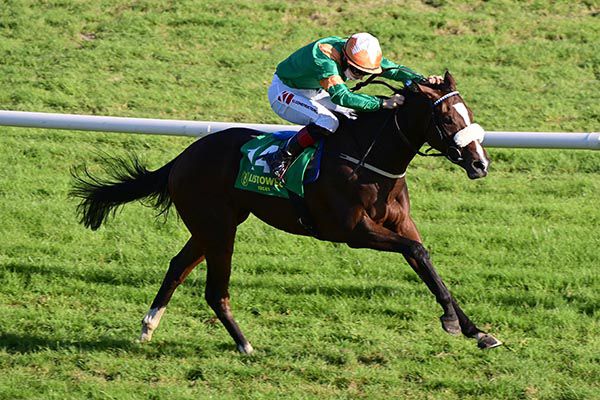 There was competition for the lead between the 5/4 favourite Flora and Rekero and Colin Keane was happy to sit off the resulting strong gallop. The Lope De Vega filly improved turning into the straight and was driven to the front over a furlong out.

The Dermot Weld-trained daughter of Lope De Vega stayed on well to score by two and half lengths from Rekero (15/2), who deserves credit for keeping on for minor honours given how the race was run.

Bumper winner Merlin Giant (5/1) was doing his best work at the finish in third.

“She is a filly I rode early in the year at Dundalk,” said Keane.

“We hadn't seen her in a long time and Oisin (Orr) rode her the last day in Gowran and she improved dramatically to be honest.

“She has improved a good bit again and I'd say there is still a little bit left in her.

“I'd say you probably won't see the best of her until next year. You can see how much she has improved from run to run this year and she's still a big frame of a filly so you might see a better filly next year.

“As Dermot says himself his horses improve as the year goes on and she's a typical one of them, just keeps improving.”