Kemboy 'fresh and well' for Bowl 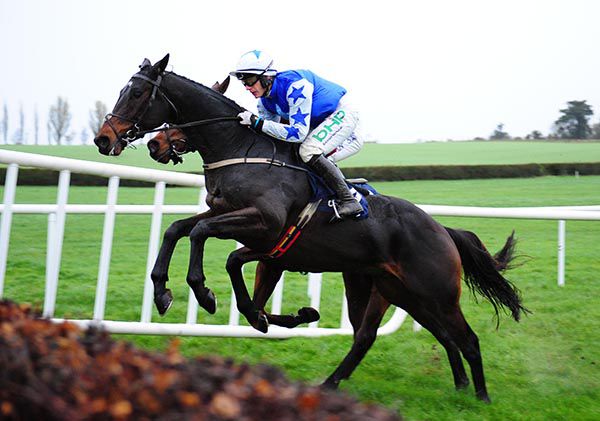 Willie Mullins hopes Kemboy’s relative freshness will give him the edge in the Betway Bowl at Aintree.

After notching up a fourth straight win with a dominant display in the Savills Chase at Leopardstown in December, the Supreme Horse Racing Club-owned seven-year-old was the shortest-priced of four Mullins-trained runners in last month’s Cheltenham Gold Cup.

However, while stablemate Al Boum Photo provided the Closutton maestro with an elusive first Gold Cup success, Kemboy’s race was over shortly after the very first fence as stumbled on landing and unseated the trainer’s nephew, David.

He takes on Gold Cup third Bristol De Mai and the fifth home Clan Des Obeaux on the first day of the Grand National meeting, and Mullins has been pleased with his preparation.

“He is in good form, and we had no issues with him since he came back from Cheltenham,” said Mullins.

“Because of what happened in the Gold Cup, he’s going into the race fresh and well — that’s the way we’re looking at it.

“We’ve been happy with him at home, and we think Aintree should play to his strengths.”

Paul Nicholls admits only time will tell how much the Gold Cup has taken out of Clan Des Obeaux — who was previously so impressive in winning the King George at Kempton and the rescheduled Denman Chase at Ascot.

He said: “You have to say, looking at Cheltenham, that he didn’t really stay the last little bit from the back of the last — but he still ran a really good race.

“He has made huge improvement this season in the way he has come on, and I’m looking forward to running him at Aintree. Being back on a flat track will suit him.

“He is a King George winner and a good horse in his own right. As long as he has not had a too hard a race at Cheltenham, he should go well.

“He was fresh and well on Saturday morning, and there was no debate about running him, but you don’t know how they have taken it until you run them.

“He seems fine and he looks great.”

The Nigel Twiston-Davies-trained Bristol De Mai ran his best race at Cheltenham to date in the Gold Cup three weeks ago, and found only Might Bite too strong in this race last season.

Twiston-Davies is confident his charge can go one better.

“I think on his Gold Cup run and his Betfair Chase run he is the one to beat.

“He ran well in this race last year, and has run well on a lot of different tracks.

“I don’t think the ground really matters to him, and we’re looking forward to it.”

Kemboy is one of three Irish challengers, along with the Gigginstown House Stud-owned pair of Henry de Bromhead’s Balko Des Flos and Road To Respect from Noel Meade’s yard.

Balko Des Flos has been largely disappointing since running out a brilliant winner of the Ryanair Chase at last year’s Cheltenham Festival .

But Road To Respect is in good heart, judged on his third place behind Frodon and Bryony Frost in the Ryanair last month.

Meade said: “I’m very happy with him — he seems to have come out of Cheltenham really well.

“It’s a competitive race. But you won’t find many Grade Ones that aren’t, and I hope we have a big chance.”