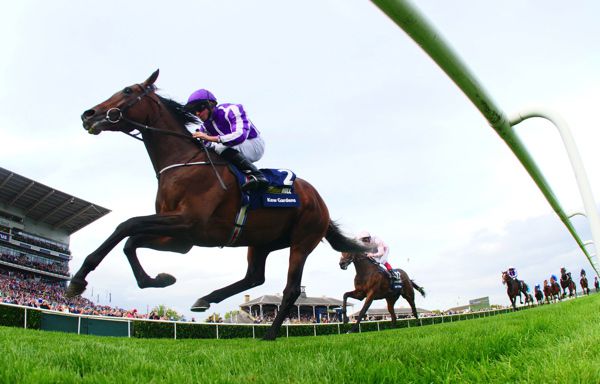 Kew Gardens is one of four potential runners for Aidan O’Brien in the Sequence Events Vintage Crop Stakes at Navan on Sunday.

The Ballydoyle handler has saddled seven of the last 12 winners of the Group Three prize, with the mighty Yeats (2007 and 2008) and Fame And Glory (2011 and 2012) both landing successive renewals.

This year the one-mile-six-furlong contest is the sole Irish qualifier for the Weatherbys Hamilton Stayers’ Million, with a £1million bonus up for grabs for any horse who can go on to win the Gold Cup at Royal Ascot, the Goodwood Cup and the Lonsdale Cup at York — as Stradivarius did in 2018.

The Galileo colt rounded off his campaign by finishing a respectable seventh in the Prix de l’Arc de Triomphe.

Joseph O’Brien has the improving Cimeara and Master Of Reality in the mix, while Dermot Weld could saddle the lightly-raced Falcon Eight.