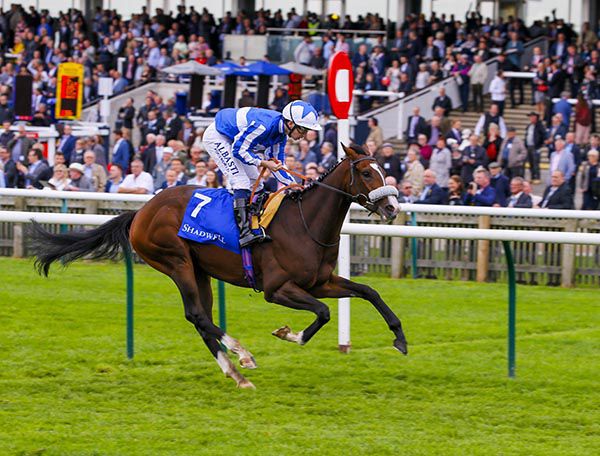 Fox Champion ran out a determined winner of the German 2000 Guineas, leading home a clean sweep for the British raiders at Cologne.

Richard Hannon’s colt held off late challenges from Mark Johnston’s Arctic Sound and Tom Dascombe’s Great Scot to win by a neck and the same, with Johnston’s Marie’s Diamond back in fourth.

In what was a dominant display, Fox Champion made every yard of the running under Oisin Murphy on his first run at a mile — and now all roads lead to Royal Ascot.

Whether that will be for the Jersey Stakes over seven furlongs or the St James’s Palace Stakes over a mile has still to be decided.

The Kodiac colt cost 420,000 guineas at the Tattersalls breeze-up sale, and Hannon was pleased to register a first Classic success in the King Power Racing colours.

“It looked a very good race, with a lot of nice horses in there, and he did it the hard way,” said the winning trainer.

“I’ve always thought he was very good, and it’s nice to train a Classic winner for King Power — I think it’s their first one, and I hope it’s the first of many. They’ve got a real live chance in the Derby, too (Bangkok, Andrew Balding).

“He’s a very tough horse — he’ll be in the Jersey and the St James’s Palace. I’ll talk to the owners, and we’ll see where we go.

“I’m delighted — it was another step up for him, and it looks like he needs that trip now. He made most of the running, was pressed on all sides — and stuck his head out.”