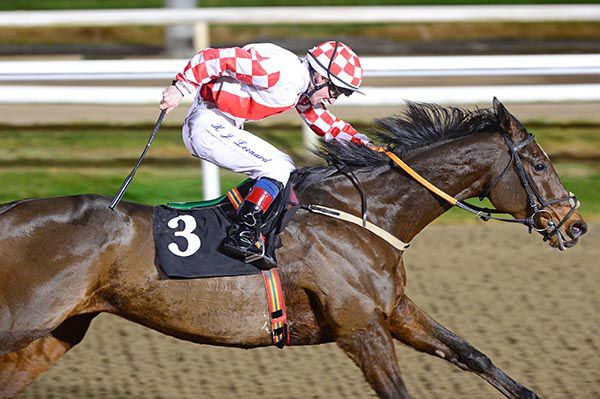 The Denis Hogan trained Marine One landed a sizeable and late gamble when winning the Christmas Party Nights At Dundalk Maiden at Dundalk this evening, scoring under jockey Killian Leonard.

The son of Frankel has been placed three times for David Simcock last year and was picked up by current connections by 20,000gns last July. Today Marine One, having his sixth start in Ireland, was heavily backed on track from 5/1 in to 15/8 favourite at the off.

In the race, stablemate Wajaaha made the running but faded from two furlongs out and in the end Marine One moved to the front with a furlong to race before beating Black Noah by a length and three parts.

Leonard later said “he won well. He's probably a horse I got wrong all summer; I thought he wanted two miles but ideally a mile-and-a-half is probably his trip.

“He travelled well around there and did it well.

“He's a grand big horse and looks like a horse that probably wants to go jumping over two miles or even two-and-a-half but I think a mile-and-a-half is probably just ideal.”