Laverteen scores for Meade and Flanagan 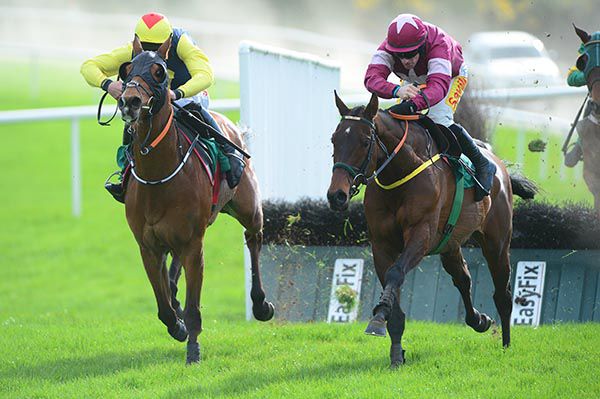 Laverteen, near side, leads Count Simon after the last
© Photo Healy Racing

Laverteen stayed on best up the hill to win the competitive six-runner rated hurdle in Downpatrick.

Trainer Noel Meade said: "I suppose it was a tight race (today). I was a bit disappointed with him in Naas when he turned in and looked like he had a chance and just sort of got run out of it. That was a competitive race in Naas.

"Sean was less than confident before it - he thought the track might not suit him and the ground was a bit quick. He handled it quite well in a small field, he jumped well and stays well.

"He could go to Fairyhouse or Punchestown but he has also schooled well over fences and he may go over fences soon."