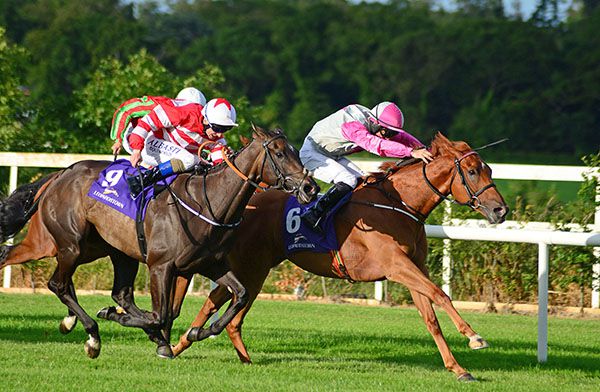 The four year old son of Born To Sea was following up another handicap win at Navan last month when today beating Innamorare by a neck.

Afterwards Lavery, who tragically lost star filly Lady Kaya last month, said “that was great and I’m delighted for Rory as he was to ride him in the Lincoln but the horse didn’t get in. He’s ridden work for me, and gave him a beautiful ride.

“I was surprised he got away with the ground. He toughed it out but Rory said he wouldn’t want that too often. This was worth so much and the race broke up a lot so I had to take a chance.

“He’ll be entered in all the big handicaps at Galway, and I think he’s more effective on soft ground. It’s not that I target Galway but I just have a lot of soft ground horses.

“If it’s only yielding (at Galway) the mile might be a bit sharp for him but if it gets soft there are more options.”