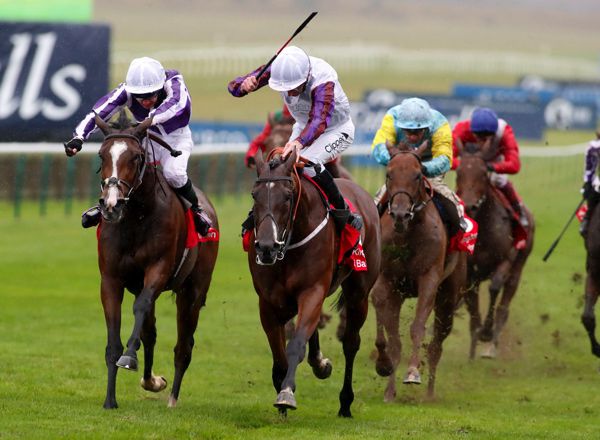 Karl Burke reports Laurens to being in rude health ahead of the Queen Anne Stakes following her excellent run in defeat on her first start of the season at Newbury.

Laurens will now try to take her top-level haul to six in the one-mile feature that kicks off the five-day meeting at Royal Ascot on June 18.

The four-year-old, owned by John Dance, only found Mustashry too good in the Lockinge Stakes after a seven-month absence — and has taken those exertions so well even Burke has been surprised.

“We’re absolutely delighted with her,” said the North Yorkshire handler.

“The plan was always to give her an easy week this week, but she was that fresh and well we’ve had to do a few canters with her the last couple of days.

“The Queen Anne is the target and that’s where we’re heading for, without anything untoward happening.”