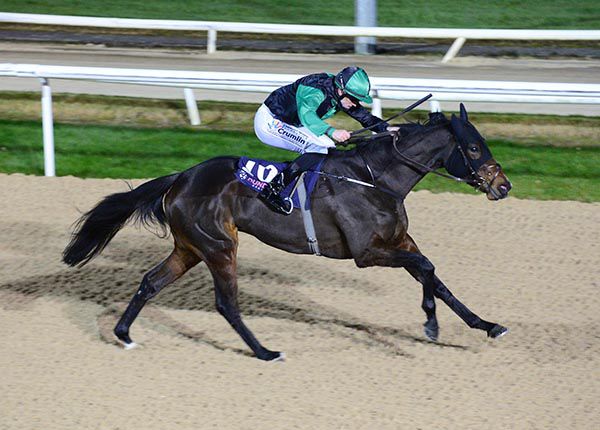 Ken Condon's charge tried to keep tabs on the 12lb higher-rated Thunder Beauty, who had been runner-up in a Group 2 at Royal Ascot on her previous start, but was left behind at the furlong pole as the the latter won, eased down, by five lengths.

The daughter of Shalaa stuck to her task, though, to claim second place in the field of eight and a prize of over 10k sterling.

Thunder Beauty, still owned by one of Condon's loyal patrons David Kelly, was winning for the first time since landing a Curragh maiden in 2020.