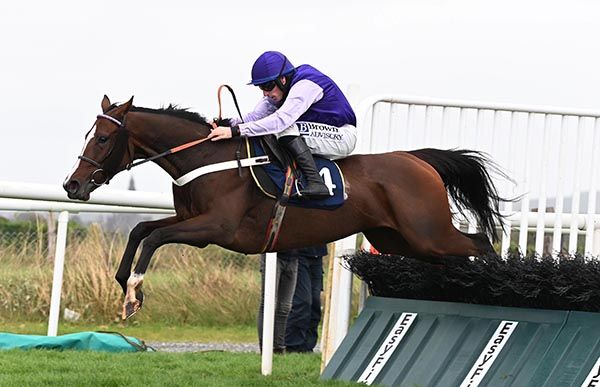 Trained by the father and son team of Eddie and Patrick Harty, who went on to complete a double with Gegenpressing at Down Royal just 15 minutes later, the 15/2 shot asserted before two out for Sean Flanagan to beat topweight and 2/1 favourite Hascoeur Clermont by an impressive seven lengths. Benkei rolled back the years to run a fine race just a nose further away in third.

Eddie Harty said, “She’s been very consistent all year. She won in Kilbeggan and probably should have got the race in the north. It was a better class of race the last day and she needs the three miles.

“She’s not going to keep going in the winter and is owned by a lovely man, Bobby Guiry, who breeds so I wouldn’t blame him if she heads to the paddocks after two wins this year.”