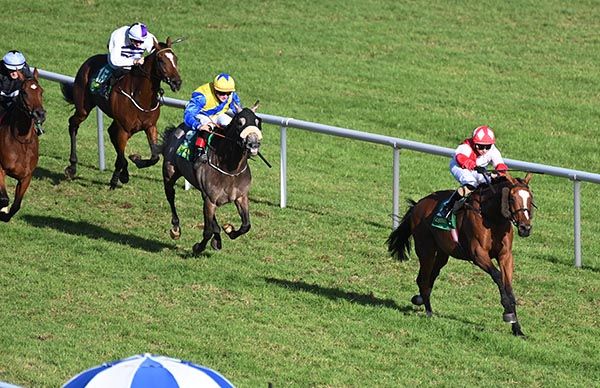 Lord Erskine won the eighth race of his career when staying on stoutly in the extended mile and six handicap at Listowel.

He raced in rear and made good headway under Siobhan Rutledge to be in a handy sixth after halfway. The pair then took closer order half a mile out.

Rutledge kept him on the outer and the nine-year-old gelding closed on the leaders racing towards the straight.

He was pushed into the lead inside the two pole and soon increased his advantage. He was ridden inside the final furlong and soon had the field beaten.

Harry Rogers' 8/1 chance scored by two and a half lengths from 18/5 favourite The Truant who was a neck in front of Derrinlaur (16/1).

Rutledge said: "He is a yard stalwart, loves the track and is as genuine as they come.

"We had to resort to plan B as he missed the break and had to sacrifice a couple of lengths to get him to the outside, but it worked out thankfully. That is his minimum trip as he is slow, but full of stamina.