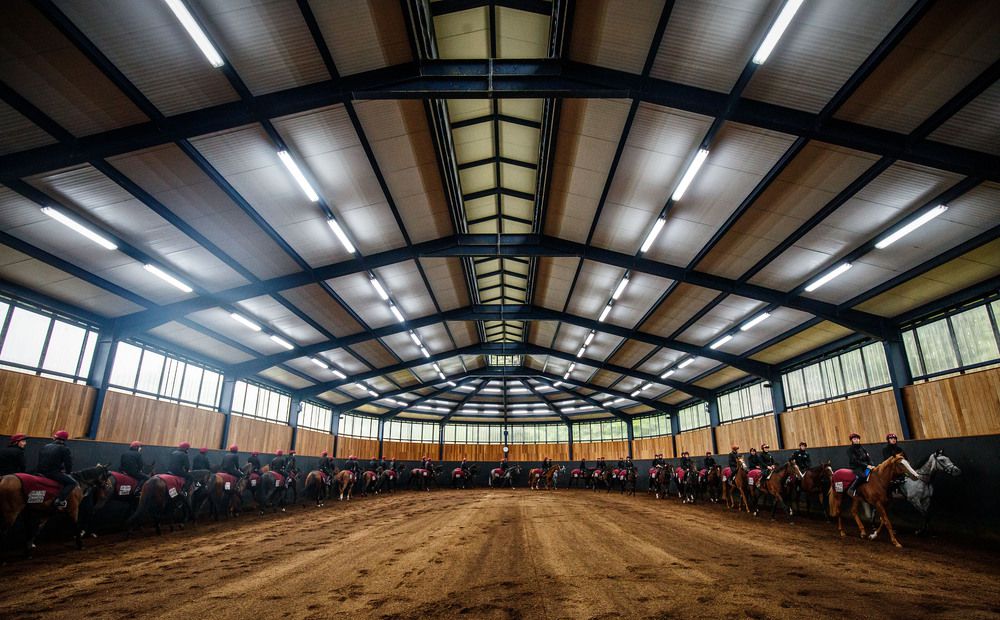 Fifty members of the Irish and foreign racing media along with sponsors and camera crews witnessed Magical work at Aidan O'Brien's Ballydoyle on Wednesday morning where the 2019 Longines Irish Champions Weekend was launched.

O'Brien's Magical has chased home star filly Enable three times and having failed by three parts of a length in an epic Breeders' Cup Turf at Churchill Downs last November, again failed by the same margin in the Coral Eclipse at Sandown on July 6.

Today Magical worked over a mile on O'Brien's famous 'Ascot gallop' in Co Tipperary as she is readied for the Irish Champion Stakes. The four year old filly moved past lead-horse Barbados, himself second in the Queen's Vase at Royal Ascot, in the closing stages with O'Brien afterwards saying “we gave Magical a break but is now ready to start back.”

Regarding Champions Weekend, the 21-times Champion Trainer added “the weekend comes at the perfect slot on the calendar and is staged on two unbelievable tracks.

“The Irish Champion Stakes is a very tough race, one of the toughest, as you have to stay and be talented to win.

“We are so lucky to have the Curragh, which is second to none in the world. We go everywhere around the world and it has everything, the viewing, the atmosphere and the potential it has is incredible. We should appreciate it and be proud of it.”

I Can Fly won the Boomerang Stakes at last year's Champions Weekend and was O'Brien's other Champions Weekend runner to work on the day, as the Matron Stakes (at Leopardstown) probable comfortably breezed past blinkered lead-horse Squire's Tale.

O'Brien's 71-horse opening lot included Grand Prix des Paris winner Japan, who is reported to be on course for the Juddmonte Stakes at York next week. The Epsom Derby-third could then contest the Irish Champion Stakes, along with Derby winner Anthony Van Dyck, which was taken through his paces by Donnacha O'Brien.

Sir Dragonet, fourth at Epsom, is an intended runner in next Friday's Royal Whip Stakes at the Curragh and also has Irish Champion Stakes possibilities along with a Prix Niel option

Next week's York fixture will also feature on the agenda of Ten Sovereigns who will contest the Nunthorpe Stakes before O'Brien turns the colt's attentions to the top level Flying Five Stakes at the Curragh on Champions Weekend.

Guineas winners colt Magna Grecia and filly Hermosa are both reported back on track. O'Brien said “Magna Grecia has had a good break and could run in the Irish Champion Stakes and has the option of then dropping to a mile at Ascot in October. He wasn't the same horse at the Curragh as the one at Newmarket and Hermosa's last race was also a non-event and I'd be very happy going back to a mile with her next time.”