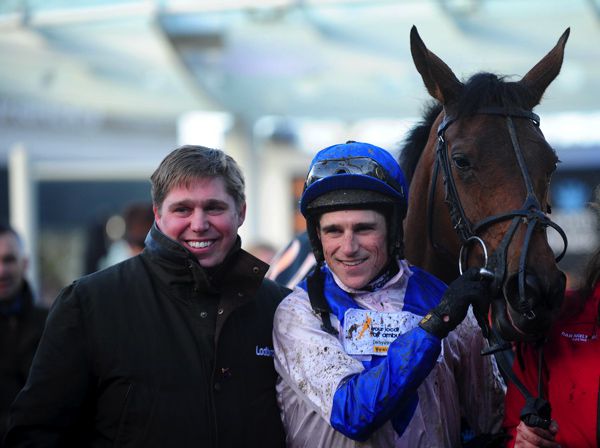 A point-to-point winner at Lingstown in March 2017 for Richard Black, Maire Banrigh will bid to extend her unbeaten record over fences as she takes a step up in class and trip in the Pertemps Lady Protectress Mares’ Chase at Huntingdon on Friday week.

Trainer Dan Skelton has earmarked the extended two-mile-three-furlong Listed contest for the eight-year-old as a stepping stone to a potential tilt at the Arkle at the Cheltenham Festival.

After winning her final two starts over hurdles, Maire Banrigh has continued her progression in the chasing sphere, rattling up a hat-trick of wins with victories at Stratford, Warwick and Doncaster.

Skelton said: “I was very happy with the performance of Maire Banrigh at Doncaster and hopefully she will now go to the Lady Protectress at Huntingdon on January 24.

“It is worth a lot of money and though it is over two-miles-three, which is a bit further than she has gone, I don’t see it being a struggle on that track.

“She will have an entry in the Arkle, where she will get a 7lb mares’ allowance, and we will see what that looks like.”

Boss Man Fred could tackle the Grade Two Albert Bartlett River Don Novices’ Hurdle over an extended three miles at Doncaster on January 25 after scoring over course and distance last time out.

Skelton said on this fellow: “I was really happy with him at Doncaster and he will be entered in the River Don back there, but we will also keep an eye on handicaps as well.

“We will just see what the race looks like on numbers and if he can be competitive off his rating. If he is, we will go there and if not, we will go for a handicap.”