Masar to run in Hardwicke Stakes 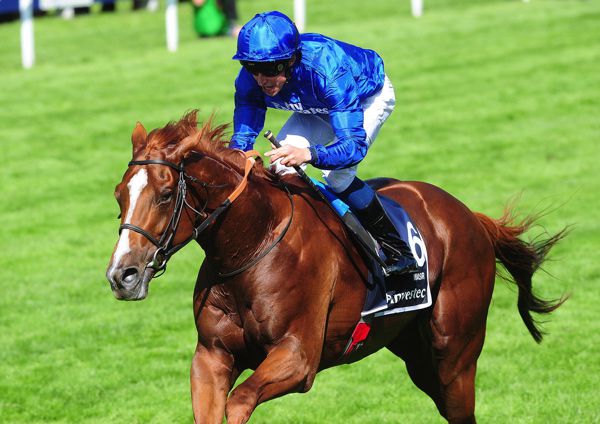 Masar will run in the Hardwicke Stakes at Royal Ascot in preference to the Prince of Wales's Stakes.

Trainer Charlie Appleby has confirmed last year's Epsom Derby winner will make his long-awaited return in next weekend's Group Two over a mile and a half.

The Group One Prince of Wales's, over two furlongs shorter on Wednesday, would have seen Masar make his comeback in what appears a high-class renewal against top fillies Magical and Sea Of Class; herself set to race for the first time in eight months, since her second to the brilliant Enable in last year's Prix de l'Arc de Triomphe.

The decision also means James Doyle will be free to ride William Haggas' Sea Of Class in the Prince of Wales's, rather than having to choose Masar in that race as he continues to deputise for his fellow Godolphin rider William Buick; who is currently absent with illness .

Appleby explained he and the owners made the final call on Masar's Ascot target after the colt galloped on Saturday.

He said: "We were very pleased with Masar's work this morning, and we thought the right option for him is the Hardwicke.

"It's his first start since the Derby and with the rest of the season ahead of us, we just felt it would be a tough assignment in the Prince of Wales's, with the way that race is shaping up.

"The Hardwicke is a lovely race, and we know the conditions should suit him. It looks the right option to start his four-year-old career."

Masar has been absent from the racecourse since last June, after suffering a leg injury while being prepared for Sandown's Coral-Eclipse 11 months ago.