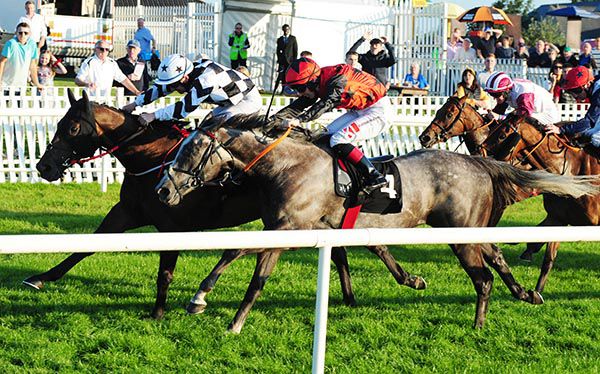 Blankiedoodie's career began in April 2016 and had form-figures of '99078/2590/5P0-6', including distant defeats at Kilbeggan and Downpatrick over hurdles, prior to gaining his first success, at odds of 40/1, at Gowran in May.

The six year old followed up that success with another at Listowel in June and today bagged the hat-trick when beating Dance Alone by half a length.

Afterwards McConnell said “he’s nice and fresh, and got a lovely ride from Gary. It’s not the ideal draw but they went hard and it suited him.

“It took us about four years but we’ve got something out of him now so it’s great. I don’t think he can put us up too much and he’ll go for something similar

“If he goes out of the 0-65 range then we might end up in Galway. He doesn’t owe us anything now.

“It’s nice to get off the mark here with all the other local trainers having winners. For me it’s like the feeling of having a winner at Cheltenham on the Tuesday!”