McNally gets the Jam at Southwell 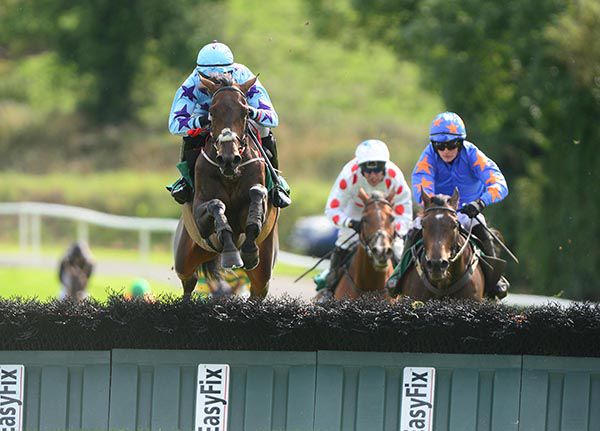 The victory of The Jam Man in a Novices Handicap Chase at Southwell this afternoon for Co. Armagh trainer Ronan McNally didn't go unnoticed by the Southwell Stewards.

The six year old was beaten 98 lengths just 9 days ago at Downpatrick but came in for sustained support all morning as his price tumbled from 12/1 to a returned SP of 9/4 favourite for the Southwell contest.

Prior to the race, at the request of the Head Office of the British Horseracing Authority's Integrity Department, the Stewards spoke with Ronan McNally, the trainer of The Jam Man, and Aidan Coleman, the rider. They were interviewed to provide information regarding the selection of this race for The Jam Man; their expectations for today; and the riding instructions given. Their explanations were noted.

In the race itself there wasn't a moments worry for supporters of the horse as The Jam Man cruised into the lead with three fences to jump before running out an easy seven lengths winner.

McNally was again interviewed by the Southwell Stewards after the race to explain the apparent improvement in form. McNally's explanation that the yard is coming back into form was noted by the Stewards.

The Jam Man has now won a total of six races (for two Irish trainers) and all the victories have occurred at UK tracks.