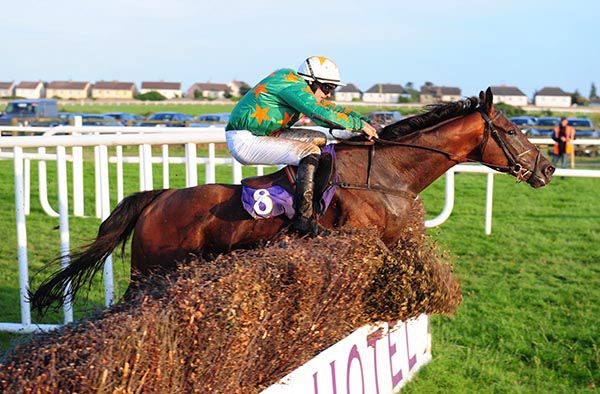 Arch Melody landed a gamble at Wexford earlier this month and he followed-up in style this evening in the Flood Ironworks Ltd Handicap Chase.

The John Morrison trained seven-year-old was successful over two and a half here on July 5th and dropped in trip to two miles today, he was sent off the well-backed 7/2 favourite (from 9/2 on-course).

Settled towards rear by Sean O’Keeffe, the son of Arcadio made steady progress from four out and hit the front entering the straight, keeping on well from there to score by seven lengths, despite making a mistake at the last.

The twelve-year-old Hard Bought (8/1) finished second under Phillip Enright for Dot Love, while Whoyakodding (8s to 6s) was another four and a half lengths back in third.

O'Keeffe said afterwards: "It was similar again to the last day. We took our time early on and he travelled into it really well and jumped into it great. I was always happy on him.

"He missed the last again but in fairness to him he will find a leg and he is clever enough that way.

"It was only his first handicap the last day and he has improved from it. Hopefully he can keep going that way."