Min and Politologue set to renew rivalry at Aintree 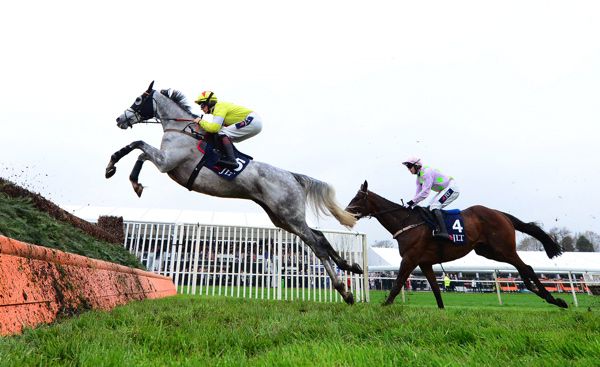 Last year’s one-two Politologue and Min will renew rivalry in the JLT Chase at Aintree.

The Paul Nicholls-trained Politologue got the better of Willie Mullins’ hot favourite Min by a neck in last season’s renewal of a two-and-a-half-mile Grade One better known as the Melling Chase.

Politologue returns to Merseyside in fine form on Friday, after filling the runner-up spot behind Altior in the Queen Mother Champion Chase at last month’s Cheltenham Festival.

Min, on the other hand, lines up with something to prove — having finished a disappointing fifth in the same race.

The reopposing pair feature in a final field of seven runners.

Ruth Jefferson’s stable star Waiting Patiently bids to get back on the winning trail after being blown away by the Nicholls-trained Cyrname when defending his crown in the Ascot Chase in February.

Harry Fry saddles Champion Chase fourth Hell’s Kitchen, while Tom George runs the 2016 winner of this race in God’s Own.

The small but select field is completed by Nicky Henderson’s Top Notch and Woodland Opera from Jessica Harrington’s yard.