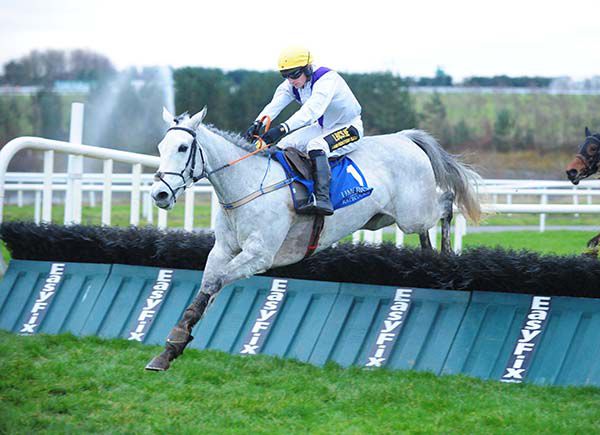 Hogan later stated “she is a class mare but it was still not going to be easy for her over two miles carrying top weight as she is a 2m4f or 2m6f mare. “We went an awful gallop for a handicap but they came back to me and she outstayed them.

She'll probably come back here for the Shannon Spray Hurdle here in March. I'm not sure what is for her in the meantime but her sister was second in it last year.

“It's a great family and she is owned by a top man Robert (Hennelly), who breeds them and I train them and he lets me ride them too which is an added bonus.”