Mulholland to monitor ground at Haydock 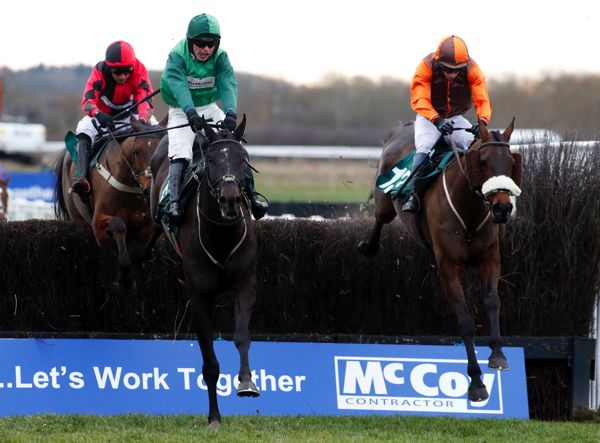 Neil Mulholland will monitor ground conditions before making a decision on whether to run Impulsive Star and Carole's Destrier in the William Hill Grand National Trial at Haydock.

Impulsive Star will be bidding for back-to-back wins after opening his account over fences in the Classic Chase at Warwick, while stablemate Carole's Destrier will look to turn the tables after finishing fourth in the same race.

Mulholland said: "The race suits both horses. Carole's Destrier would not want it too soft - but then the other lad appeared to like good ground as well.

"We wouldn’t want it too soft on Saturday, so we will have a look and see what it it’s like.

"Impulsive Star deserved to win a race like that last time, because his form was there in the book. It was nice to break his maiden tag over fences in it.

"They weren’t overly hard on him, and a 6lb rise was fair enough.

"Carole’s Destrier finished fourth that day but is now meeting him 6lb better off. He didn’t get a very clear run last time.

"They are two closely-matched horses."

Heading the weights for the extended three-and-a-half-mile prize is last year's winner Yala Enki, from the yard of Venetia Williams.

Vieux Lion Rouge, the 2017 winner of the race, is one of three entries for David Pipe - malong with ante-post favourite, and Welsh Grand National runner-up, Ramses de Teillee, and Daklondike.

Bishops Road is another former winner of the race, having claimed the 2016 renewal, and and is one of two entries for trainer Kerry Lee - alongside Alfie Spinner.

Lucinda Russell has left in 2017 Grand National hero One For Arthur, who has unseated his rider on both starts this season, and stablemate Big River.

Irish interest comes from the Stuart Crawford-trained Fine Rightly and Ah Littleluck from the yard of Thomas Gibney.