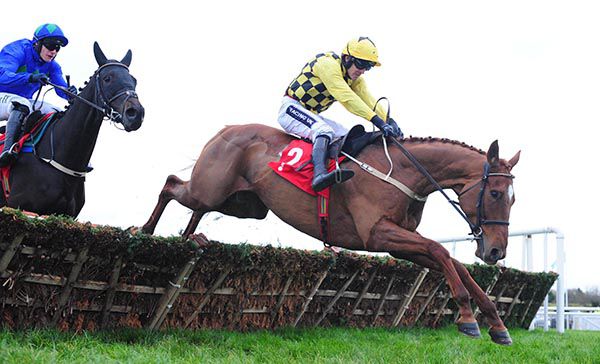 Willie Mullins feels Melon is a stronger horse this season and expects to see an improved performance in the BHP Irish Champion Hurdle on Saturday at Leopardstown.

Runner-up to Buveur D’Air in the Champion Hurdle at Cheltenham last season, he did not reappear until the Ryanair Hurdle at Christmas where he finished fourth behind stablemate Sharjah.

“I was a little bit disappointed with him at Christmas but because we hadn’t got a run into our horses, a few of mine were running below par and it looks like they need a run,” Mullins told the Irish Independent.

“He looks like he needed it and his work at home suggests to me that we’ve just got to get down and do more work with him. He’s a lot stronger horse than he was last year.

“He’s taking more work so we’re giving it to him and we see improvement at home. If he shows that improvement on the racetrack, he has a major chance.”

Favourite for the race is Gordon Elliott’s Apple’s Jade, who has won all three of her starts this season but she will be running over a mile less than she faced at Christmas.

Big-race pilot Jack Kennedy said: “She is very versatile trip-wise and is very good over her hurdles so that should stand to her.

“It’ll be a big task but the 7lb allowance will be a massive help, that’ll play into our hands so we’d be hopeful anyway.”