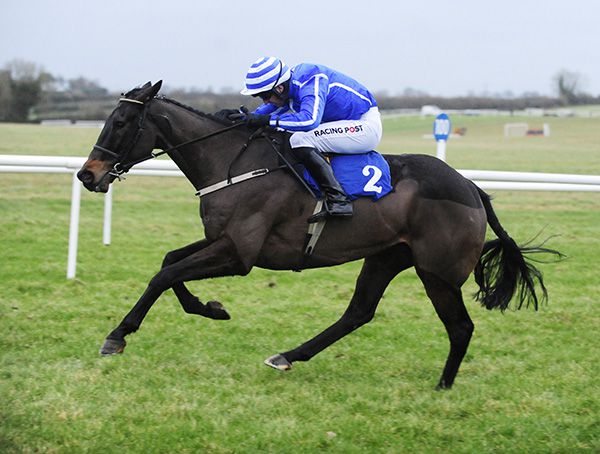 He travelled well throughout the two mile contest, led before the home straight, and although not clearing right away as looked possible on the home turn, found enough when pushed out to score by a length and three quarters from Frontal Assault (8/1).

There was each-way support off course for Curlew Hill and he ran creditably to finish just another head away in third place.

By Un De Sceaux’s sire Denham Red, the successful French-bred six-year-old won a point-point at Larkhill having just turned four in January 2018, and started in bumpers when finishing third at Navan in November.

Assistant trainer David Casey remarked: "I'd say he is still learning; he learned from Navan and I'd say he was learning today.

"His future is going to lie over fences and he'll be alright once he sees hurdles and fences.

"He was bought from Tom Lacey - the same source as Blackbow, and was around last season but was one of those who missed running because of the ground.

"I don't know what the plan is for him but he'll be a grand horse whose future will lie over fences."