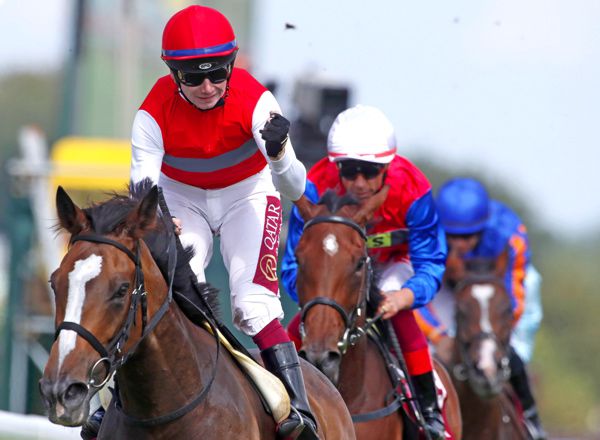 Oisin Murphy is relishing the opportunity to showcase Japanese mare Deirdre to Irish racegoers in the Qipco Irish Champion Stakes at Leopardstown next month.

Mitsuru Hashida’s mare bounced back from a slightly underwhelming performance when sixth in the Prince of Wales’s Stakes at Royal Ascot to become just the second Japanese-trained Group One winner in Britain after Agnes World when claiming the Nassau Stakes at Goodwood.

Connections have already confirmed the Irish Champion as her next top-level target, and Murphy would love to claim the prestigious prize for a second time following his popular victory on Roaring Lion last season.

He said: “You see the large turnout of Japanese people, particularly at the Arc meeting every year, so (it will be great) to bring them to Ireland, and hopefully with a live chance and to give them something to really shout about.

“I’m sure it’s going to be one of the best middle-distance races of the year and hopefully I can get involved.

“It was a huge result last year, winning the Irish Champion Stakes on Roaring Lion, and hopefully I go back there with a live chance this year.”

“She wants fast ground and hopefully she’ll get that at Leopardstown.”

Murphy rode Deirdre for the first time competitively at Goodwood, but was hopeful she would put her Royal Ascot run behind her.

He added: “I thought her form back in Japan was very strong, but she needed to bounce back to her best. To be fair, when I galloped her on the Al Bahathri at Newmarket she felt fantastic.

“I felt her run at Ascot the time before could be written off as it was very slow ground.”