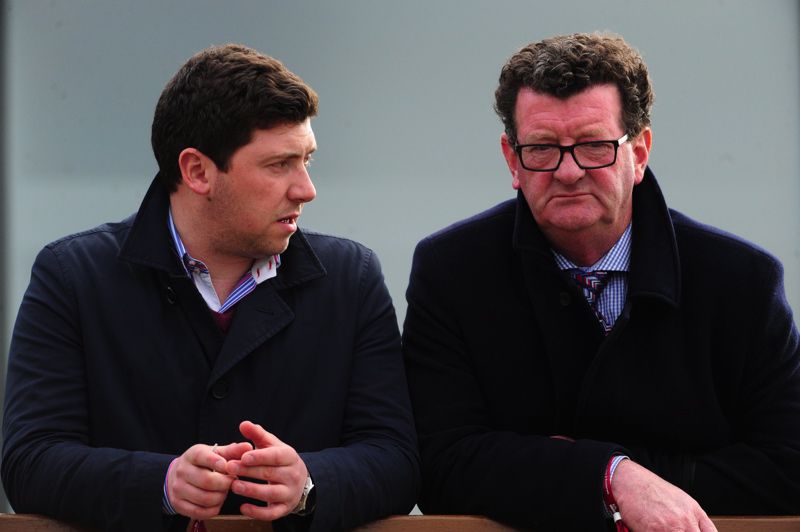 Thomas Darby is likely to make his eagerly-awaited debut over fences at Uttoxeter next week.

Olly Murphy’s six-year-old mixed it at the very highest level as a novice hurdler last season, winning twice from five starts and rounding off his campaign with an excellent effort to beat all bar Klassical Dream in the Supreme Novices’ Hurdle at the Cheltenham Festival.

Murphy said: “All being well, Thomas Darby is going to go to Uttoxeter.

“He worked and schooled well in Lambourn last week. I’m very happy with him, and we’re looking forward to getting him started, hopefully at Uttoxeter on November 1.”

One of Murphy’s first significant runners of the autumn was Itchy Feet — one place behind Thomas Darby when third at Cheltenham in March and a warm order to make a successful reappearance in a Listed event at Kempton last Sunday.

The five-year-old could finish only fourth of five runners, however, in a race won by the popular grey Silver Streak.

He said: “I was a bit disappointed straight after the race — but if you watch it back, if he hadn’t made that mistake thee out and ended up five wide, he would probably have finished second.

“I think he would probably have run to his mark against the winner, so maybe it wasn’t as disappointing as a lot of people were thinking.

“I think we’ll step him up in trip now and probably won’t jump fences with him this year, because his owners Andrew and Kate Brooks have quite a few horses in that division.”