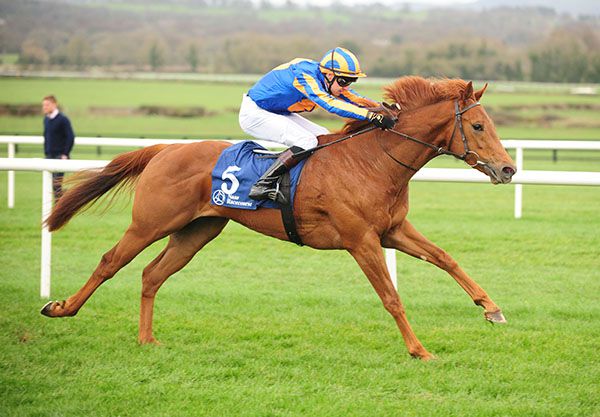 Narrowly denied in the opener, Aidan O’Brien and Ryan Moore struck in race two at Leopardstown, the Listed Ballylinch Stud ‘Red Rocks’ 2,000 Guineas Trial Stake with Never No More (3/1 into 5/2).

The victorious No Nay Never colt showed the benefit of race fitness, displaying a superior change of gear inside the last to beat Madhmoon (4/5 into 4/6) by half a length.

“Donnacha liked him in Naas and we liked him last year, Ryan was delighted with him.

“He got a nice position and when he eased him out he found plenty for him. He was very happy with him.

“Obviously he'd be very happy with nice ground but he handled the ease well today.

“We could look at a Guineas with him, either France or England — he could be a French Guineas horse.

“He's tactical and he seems to get that trip well. He finishes off and he did that in Naas as well.”