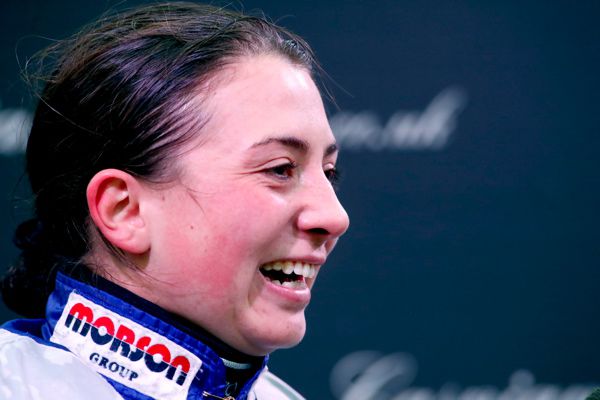 Bryony Frost made her first ride back from injury a winning one as Black Corton helped her reach the 50-winner mark for the season with victory in the bet365 Oaksey Chase at Sandown.

Having had a spell on the sidelines with a broken collarbone, the 24-year-old cemented her position as champion conditional jockey with a Grade Two victory aboard a horse that has done so much to put her on the map.

Moving on three out at the Pond fence, the 15-8 favourite was not to be denied a first victory of the season, bounding up the hill to run out an 11-length winner from Gold Present.

Frost said: “How many fairytales am I allowed to have and how many horses allow me to have them? Out there was a lot of pressure on me and I didn’t want to do wrong by him.

“I know we won by a long way, but I wasn’t letting him get caught today. The fire was back in his belly and I adore the little horse and the team behind him. He is one of my best horses and I love him dearly.”

A trip to Ireland could now be on the cards for the winner, with Nicholls hinting an outing in the Galway Plate could be next, a race for which he was introduced at 33-1 by Paddy Power.

Nicholls said: “I really fancied him today. That race was made for him. He loves to be fresh and he loves fast ground. He did that really well.

“To me a race that would be made for him next year is the Peterborough Chase. I did suggest to the owners that as he loves this ground and to be fresh that we might make an entry for the Galway Plate.”

There was a sad postscript to the race, however, with Josses Hill collapsing after the line.