Njord puts himself in shop window at Curragh 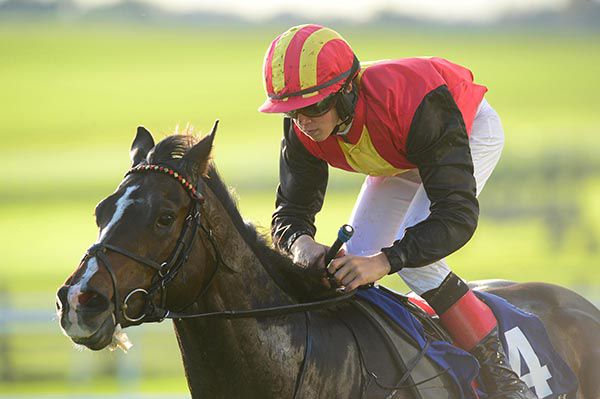 Njord relished testing ground in the Curragh as he stretched away to land the apprentice handicap.

Dylan Browne McMonagle sent him on a furlong and a half down and the race was soon over.

The three-year-old gelding ploughed through the tough terrain to score by three and three quarter lengths to the joy of favourite backers who took the 5/2 on offer. Passing Trade (7/2) got up for second by a head from Hammersmith at 8/1 as Khafaaq dropped out of the places.

Trainer Sheila Lavery said: “He’s just a gorgeous, genuine horse and I thought he’d like the track. He did it very well.

“He’s in the Horses In Training Sale, and he’ll do a lovely job for somebody if John (Lavery, owner) lets me send him.

This was the second victory of Browne McMonagle's fledgling career after winning on Joseph O'Brien's Jumellea at Navan on Wednesday.