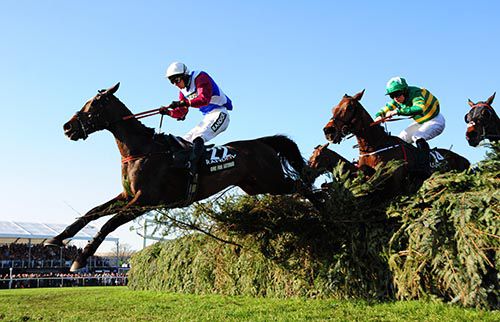 Environment Secretary Michael Gove has suggested this year’s Grand National could suffer if there is a no-deal Brexit.

Gove said free movement of horses “would be harmed” if MPs do not back Theresa May’s deal next week.

His remarks came when he was pressed on whether Irish horses would be able to take part in the April event if the UK leaves without an agreement on March 29.

Labour’s John Mann (Bassetlaw) told the Commons: “My very savvy constituents do like to participate in the biggest horse race event of the year, the Grand National on April 6.

“Being savvy, large numbers of them do tend to bet on Irish horses.

“With a no-deal, can they be certain that Irish horses will get to the Grand National or not?”

“In the event of no deal, the tripartite agreement, which is part of EU law, falls — and of course the bloodstock industry, the horse racing industry and others can take mitigating steps.

“But it is the case that the current free movement of equines would be harmed but would be protected by this deal.”

A specialist group, the Brexit Steering Group, has been tasked with making the process as seamless as possible for racing, with the British Horseracing Authority keeping a keen eye on developments.

The BHA’s head of media Robin Mounsey said: “We are watching the political discussions around Brexit very closely and talk frequently to government.

“We are planning for a range of outcomes, and a successful running of the event in April”